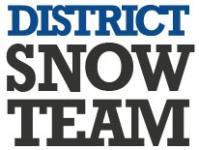 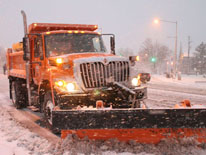 The District of Columbia’s snow operation is a year-round function. Planning for the next season begins in late winter/early spring and starts with an evaluation of the Snow Team’s operations during the current snow season, including staff and equipment performance, use of technology, and availability of supplies, e.g., salt, brine and beet juice.

In the case of a major storm, such as Snowmaggedon and the 2016 blizzard that dropped more than 20” of snow, the District is taking the necessary actions to ensure the snow is removed from city streets and deposited in an environmentally-responsible manner in 12 sites across the city.

As in other jurisdictions, public safety determines the priority for snow removal in the District. Clearing and salting efforts focus first on major roads, commuter thoroughfares and designated Snow Emergency Routes. Streets that are narrow, steep, or shaded, receive special attention, as do those streets scheduled for next-day trash collection.

The 800+ members of the DC Snow Team (DPW, DDOT and other agencies) participated in the Dry Run training event to prepare for snow management, proper handling of materials, equipment maintenance, and equipment operation.  Plow drivers navigated through their routes, checking for steel plates, potholes and other obstacles that might be covered during a snow event.  Other staff, including administrative, supervisory, logistics and IT employees practiced their functions at their sites, including the salt domes.

The District's Snow Team is committed to faster completion of plowing and salting along major roads and residential streets, which in turn means more rapid return of normal traffic flow and earlier resumption of trash collection and other city services. Residents are reminded to please be patient and allow sufficient time for snow operations to be implemented. If their streets still have not been treated or plowed in a reasonable amount of time they should call the Mayor's Call Center at 311.

DDOT and DPW remind commuters and residents to:

For more information on the District of Columbia Snow Removal and Treatment Plan, please visit the Useful Information section.